#Kriegstreiber: How a hashtag spreads propaganda

K R I E G S T R E I B E R – in huge yellow letters the German expression for warmonger gapes in the middle of the large front windows of the constituency office of a politician in the Berlin chamber of deputies. The same lettering in orange – this time on the windows of the constituency office of a member of the Bundestag. Meanwhile, the Prosecutor’s Office is investigating. The actions seem to be part of a larger campaign, because since April 2022, the term „warmonger“ has regularly popped up in different contexts.

Whether on the façades of party offices or under the latest tweet of the Tagesschau on the situation in Ukraine: the accusation of being a warmonger mainly affects people and institutions that have shown solidarity with Ukraine in the past. The statement insinuates that the person is to blame for the outbreak of war in Ukraine, that he or she is fuelling it or even pushing for a third world war.

There is no doubt that the role and work of individual politicians can be questioned and criticised. In most cases, being called a „warmonger“ is still covered by freedom of expression. Exceptions are mainly those cases in which the narrative is accompanied by insults or threats. Nevertheless, the term makes use of a perfidious perpetrator-victim-reversal. Journalists, politicians and many committed citizens who have spoken out in support of Ukraine are to be portrayed as the actual perpetrators of the war. It is therefore worth taking a closer look at the digital spread of the term. Who is behind the term? Which interest groups are spreading it on social networks and how targeted is this campaign? That’s exactly what we took a closer look at in our data analysis using Twitter as an example.

A penchant for hate speech and Kremlin-friendly content: The people behind #Warmonger

In our latest research, we analysed posts on Twitter that mention the term „warmonger“. 18,000 times the term was shared between the start of the war in February 2022 and mid-June. Just for comparison: that’s about 45 times the number of tweets that the Tagesschau, Germany’s most seen news program, publishes on Twitter per month. In doing so, we took a closer look at the accounts that spread the „warmonger“ accusations. The result is highly revealing: 9,000 of the „warmonger“ mentions come from only 400 accounts.

The research also shows that many of those who accuse others of being „warmongers“ have in the past distributed posts from Kremlin-friendly and radical right-wing accounts. Many of them have already commented on posts by politicians or public media with hate speech or other forms of violent language. Ironically, many of the accounts have often themselves spread narratives and disinformation that justify or glorify the war of aggression. In other words, they themselves are doing what they criticise others for doing.

The hashtag is thus being heaped up by some accounts and presumably spread in a targeted manner. Comparatively, they spread hate speech more frequently and are close to pro-Kremlin accounts. This means that they have already repeatedly disseminated posts from pro-Kremlin accounts. Our assessment: #Warmonger is not only organically driven by critical citizens from the middle of society. The findings from our research point to targeted defamation campaigns under the hashtag, which fuel the discourse about it.

In many cases, the spread of the hashtag starts with very small pro-Kremlin accounts. However, these sometimes achieve very high reach by responding to channels of public media with extensive reach, official accounts of federal politicians and journalists. These are retweeted or commented on preferentially in order to spread the narrative of the „warmonger“. In this way, even small accounts can share propaganda with enormous reach. As a result, they enter the centre of society, where they are also perceived and taken up by citizens who are reading along. In effect, they are free riders on the reach of these accounts and can thus shape the public debate.

Who is actually driving whom? The warmongering narrative under the microscope

The term „warmonger“ is not a new invention. The narrative uses a propaganda method that was already applied in World War 2. It is the „accusation in the mirror“ method or „mirror propaganda“. It involves falsely imputing one’s own intentions to an opponent. This tactic has been used many times in history to defame political opponents and undermine their credibility. The use of the term can therefore be placed in the context of war propaganda.

Once the accusation is made, the damage is already done. What could be the truth in these accusations? Actually, we all think war is bad, so why should we support arms deliveries? This is an attempt to question credibility. At the same time, politicians who are called „warmongers“ are forced into action: they have to publicly clear up the alleged contradictions to their political positions and explain their moral intentions. If they cannot refute the accusations, this could have serious consequences. Not only credibility is at stake, but also political careers.

Our research shows: #Warmonger spread at lightning speed on Twitter from April 2022. Simple and emotional content in particular is frequently shared and amplified by the platforms‘ recommendation systems, the algorithms. This is how hate speech, disinformation and propaganda spread in a very short time.

The consequences are fatal: politicians and other dedicated citizens are publicly denounced and shamed by the accusations. The goal: to silence the person or even to oust them from the public sphere. For them, fear resonates every time: How many people will believe the accusations? Will it hit me in my next tweet or even in my next public appearance? The graffiti on the constituency office of members of the Bundestag or verbal disruptions with „warmonger“ shouts at public appearances exemplify that hate speech, calls for violence and „warmonger“ accusations are also imitated in the analogue.

More important than ever: Question your information

It has long been known that wars are not only fought in the trenches. (Information) wars are also fought on social media. The weapon here is often not only a distortion of the facts through perpetrator-victim-reversal, but also deliberate confusion through the spread of disinformation. Therefore, especially in times of war, it is important to compare claims about politicians, journalists and others with one’s own research and to critically question information.

In addition, we recommend: Report! If you see a post that probably contains disinformation, report it. Unfortunately, the social networks have not yet set up a separate category for such reports, but in the current situation they are forced to continually revise their own guidelines. If someone is spreading false information about you personally, you can also contact us at any time. We stand by your side and we can help you to create legally compliant screenshots. 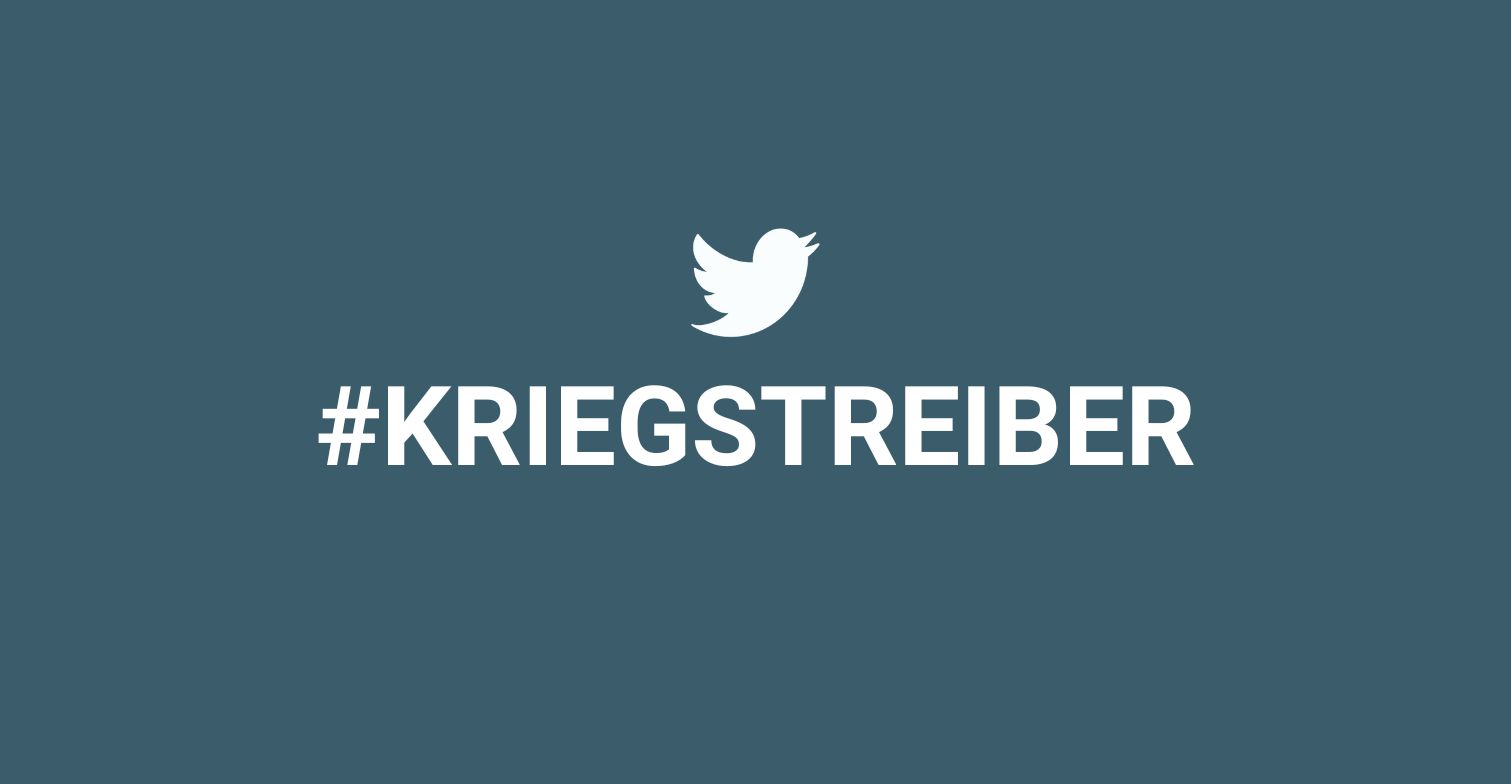