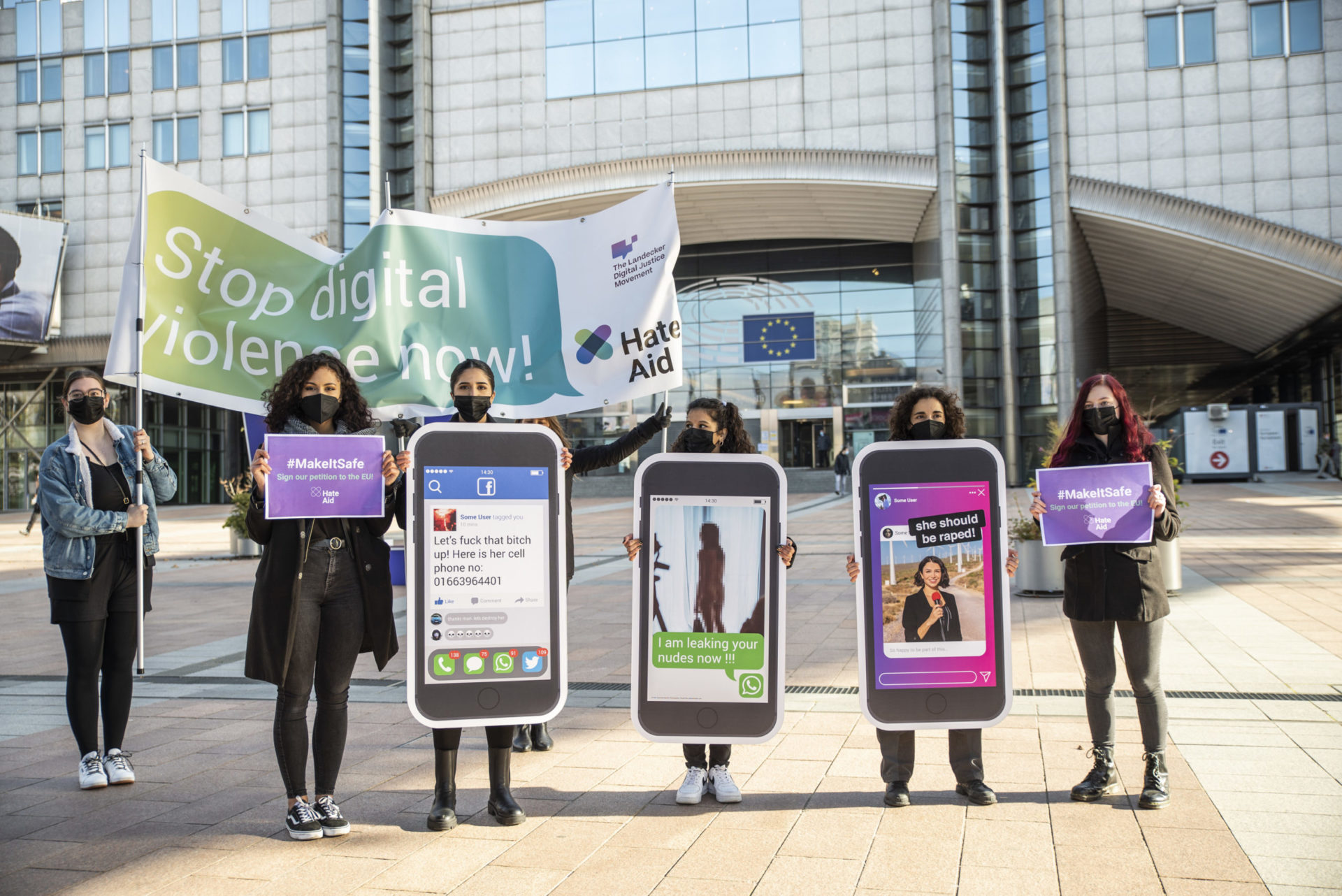 Boundless hate on the internet – Dramatic situation across Europe

For the first time, a representative survey commissioned by HateAid within the Landecker Digital Justice Movement asked 2,000 people between the ages of 18 and 80 from all EU countries about their experiences with digital violence. And the results could not be more alarming:

Dramatic situation in the EU: Every second young adult is victim of digital violence

Digital violence can affect anyone. But the results show a particularly dramatic situation for young adults in the EU. 92 percent of men and 90 percent of women in the 18 to 35 age group have already witnessed digital violence on several occasions. Across all age groups, more than two-thirds of all respondents have been confronted with hate and incitement on the internet in their lifetime.

Silenced: Every second woman is afraid to express her opinion freely online

Through agitation, people are deliberately silenced and ousted from social media. This development can be seen – especially among women – in the survey:

Hate on the net leaves its mark. In view of the increasing brutalization on the Internet, many people are afraid to take a stand. 43 percent of women and 35 percent of men are generally more cautious and anonymous in social media because of possible attacks.

Europeans want to hold Facebook, Twitter and others accountable: 80% said that these online platforms are not doing enough to protect people from digital violence.

Almost 80% of all respondents would therefore like to be able to better control the platforms‘ algorithm so that they can decide which system is used to show posts.

92% argue in full or in part that illegal content should be removed from the platforms.

84% of men and 92% of women think that laws are essential or at least desirable to control online platforms.

We call on the EU: Stop digital violence now!

A new EU law, the Digital Services Act (DSA), which is currently being negotiated, aims to create more security and responsibility in the digital space. With the DSA, our EU policymakers now have a historic opportunity to establish clear rules to stop digital violence. So far, they have failed to do so, leaving social media users systematically unprotected.

Togegether with an alliance of 17 European organizations, HateAid is therefore calling on the EU to intervene immediately with aninternational petition: Stop digital violence now! #makeitsafe